2017 has been over for nearly a month now, and as is tradition I’m still putting together my Top Ten list for the year.  I have a lot of thoughts on they year in cinema, and I’d like to share some of my favorite movie elements and moments for 2017.  This should be fairly [spoiler-free], with only a few light spoilers that will be marked appropriately.

Best Opening Scene: Valerian and the City of a Thousand Planets

Valerian is a movie that was largely overlooked when it was released. The latest Luc Besson film was one of many box office disasters of the year, but it is also one of the most ambitious and grossly-underrated movies of 2017. By far the best part of the movie is its opening sequence, which takes us through the history of human space diplomacy from the Space Race to the “present day” of 28th century, all set to David Bowie’s “Space Oddity.” We see humans establish a space station, and make first contact with an alien species. From there, we see a montage featuring enough variety of alien species to make George Lucas blush. Eventually the space station has become its own city (the titular City of a Thousand Planets), and is forced to detach from Earth. The sequence is so awe-inspiring and optimistic about the possibilities of humanity and space travel, yet stands on its own and is totally disconnected from the rest of the movie. 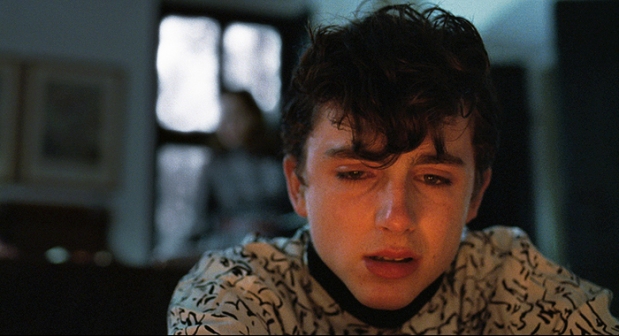 Best Ending Scene: Call Me By Your Name

I don’t think there’s much that I really need to say about the end of Call Me By Your Name if you’ve seen it, so I’ll try to keep my [spoilers] light here.  There is both an ending and an epilogue to this film, and both are extremely touching and speak to the true nature of love, the emotional core of the movie.  One conversation in particular between our protagonist (Timothée Chalamet) and his father (Michael Stuhlbarg) is unlike any I’ve seen depicted on film, and one that will stick with me forever.

I Didn’t Get It: Wonderstruck

This is a category that I’ve taken from Filmspotting SVU, and as much as I hate to, I have to steal their pick for this category as well. Wonderstruck is the latest film by Todd Haynes, and I have seen it on several critics’ Top 10 lists. I hated this movie. When my girlfriend and I finished watching it, we immediately ranted about just how poorly conceived and constructed this movie was. First of all, the script feels like the first draft of a student short film. Characters behave in a way that no real person actually would merely because the plot demands it – particularly the child characters. Ben loses his hearing in the opening act, and his first impulse is to run away from home to find his real father. He is barely worried at all about becoming deaf. The film also flips back and forth between the present (1970s) and the past (1920s) by using a silent film motif to indicate past scenes. The problem is, the framing and editing feel identical between the two eras; it feels like they were shot the same way, and a black and white filter was thrown on top.  Most importantly, the story just was not compelling at all. There was no real sense of danger, no stakes; Ben isn’t worried about being deaf, so why should I be? I say all of this as someone who loved Haynes’s previous film Carol, but I have no idea where the love for this movie comes from.

They Didn’t Get It: Valerian and the City of a Thousand Planets

I’m dipping back into the Valerian well for this one.  It isn’t the best movie I saw all year, but damn, was it fun to watch.  I think what I enjoyed so much about the film is the bold sense of sci-fi cheesiness that you just don’t see in blockbusters anymore.  The characters are shallow and one-dimensional, but you’re bombarded with too many brilliant sci-fi concepts to care.  The dialogue is laughably terrible, but that’s the thing – it literally provokes laughter.  This movie is never boring, hugely creative, and constantly moving on to the next brilliant set-piece.  We don’t get many movies like that anymore, and with Valerian’s box office take, I don’t expect that to change any time soon.

Speaking of box office disasters… let’s talk Blade Runner.  The future this movie depicts is somehow simultaneously gorgeous and disgusting. The use of fog/smog and neon throughout the film gives every frame gritty texture, painting a picture of a grim future. What’s more, Villeneuve boldly allows every shot to play out slowly and methodically, an approach that only works because every shot is so visually fascinating. May Roger Deakins finally win his Oscar this year.

Most Disappointing: War for the Planet of the Apes

It pains me to make this pick.  I love Dawn of the Planet of the Apes, and was extremely excited to see how the trilogy would conclude.  To be clear, I don’t think War is a bad movie by any stretch; it just wasn’t the conclusion I was hoping for.  Oddly, there is very little war in War – most of the conflict comes in the form of a revenge story and an ape concentration camp.  I think what bothered me most about the way the story plays out is that the cool-headed Caesar we knew from the other films would never abandon his tribe and family to pursue revenge.  While I really liked the addition of the mute human girl Nova, I thought much more could be made of Caesar trying to protect her from her own kind, possibly causing tension within his own tribe.  Again, War is actually quite good for a modern blockbuster, and is very much worth seeing; my expectations were simply too high going in. 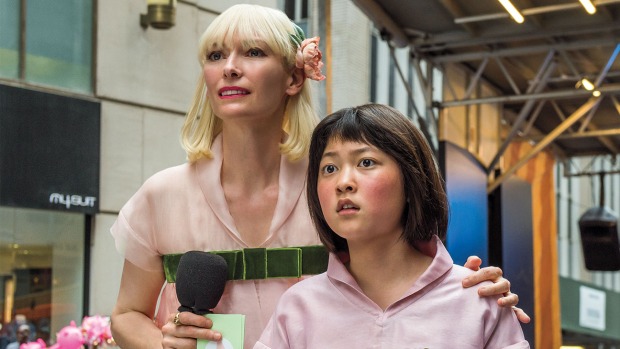 I That I Never Would Have Seen If It Weren’t For Making These Lists, and I’m Glad I Saw Because It Was Great: Okja

It’s a little unbelievable that I had no interest in seeing Bong Joon Ho’s latest movie after loving several of his previous films, but something about Okja‘s premise just never gripped me.  I was expecting an emotional melodrama about a girl and her superpig.  While there is a bit of that, Okja has so much more to offer.  It’s one part colorful satire, one part mad-cap comedy, one part CGI animal movie, and one part dramatic “girl and her pet” story, all somehow rolled into a single package.  This movie is simply insane, and it’s impossible to fully describe unless you’ve seen it.  Like many of Bong Joon Ho’s films, there is a frequent and deliberate shifting of tones as the movie progresses.  I can see why that would put some off, but for me, the balance somehow worked perfectly.

Scenes of the Year

A number of my typical categories aren’t quite as applicable as they’ve been in past years, so instead, I’m going to list some of my favorite scenes of the year.  Many of these scenes are in the middle of their respective films, so mild [spoilers] ahead.

Raw is quite the odd horror movie in a year full of odd horror movies.  A movie about addiction, lust, and self-control, it tells the tale of a vegetarian, Justine, who gets a taste for meat, and finds an insatiable desire to consume raw flesh.  My favorite scene by far is in the middle of the film, when her sister manages to accidentally severe her own finger.  With her sister passed out on the floor, Justine calls an ambulance.  While she waits, she finds the finger on the floor, and helpless to resist, she finds herself gnawing on the meat.  Suddenly the music erupts into a blazing synth score, underlining the horror of the act she’s performing.  The camera lingers on Justine as she consumes the flesh, as we see her sister awaken in the background, heartbroken at the betrayal she just witnessed.

Tonya Lands the Triple-Axel (I, Tonya)

I, Tonya is, for the most part, a pitch-black comedy in which Tonya Harding’s life is a constant struggle of dysfunctional relationships and trying to get by.  What really ties the film together for me are the skating scenes – those brief moments when suddenly, the world melts away and Tonya is just doing what she is best at.  The best of those is the first sequence that shows Tonya performing her signature move, the triple-axel.  What makes these skating sequences so special is that the camera is out on the ice with her, contributing to the exhilarating feeling that makes the rest of the strife worthwhile.

Baby Driver didn’t strike quite the same chord with me as it did with many, but I can’t argue that many sequences, and especially the opening, pack an amazing punch.  It’s probably best to just rewatch the clip.

Arguing without a Voice (The Shape of Water)

Sally Hawkins gives a fantastic performance as the mute Elisa throughout The Shape of Water, conveying so much love and emotion just through glances and body language.  While there are many beautiful sequences in the film, my favorite moment is an argument she has with her flatmate Giles (Richard Jenkins) as she tries to convince him to help her.  She wants nothing more than to shout at him, but of course cannot.  Instead, she forces Giles to repeat everything she says to him out loud, sometimes slamming walls to grab his attention.  Moments like this really showcase the passion that Hawkins brings to her performance.

Alpha Male at Dinner (The Square)

The Square has so many things on its mind from beginning to end, and so many scenes that could make this list.  My favorite scene from the movie (and honestly, of the whole year) could be watched even without the context of the film itself.  The scene takes place at a museum’s donor dinner, in which many wealthy donors are seated for a very classy meal.  Part of the entertainment is a performance art piece, a man who acts like a chimpanzee.  The donors are on edge from the very beginning, but things get more and more uncomfortable as the scene progresses.  One of the core themes of The Square is the idea of false bravado and masculinity, and the absurdity yet comfort of societal norms.  The donor dinner sequence captures those themes beautifully, repeatedly pushing boundaries to see where that breaking point really is.

So that does it for my top “movie stuff and scenes” of 2017!  I should be posting my top 10 of the year soon (around the Academy Awards), so check back for that.  Let me know what you agree or disagree with in the comments below.